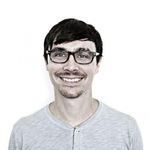 Jan 02, 2021 · 8 min read
Exploring the work of other photographers is one of several ways to find inspiration. It exposes you to new styles and techniques, while presenting you with ideas for your own work. Given that it’s the most popular photography social media platform, Instagram has plenty of suitable accounts to follow.
However, with so many photographers on the site and such a diverse selection of subject matter and styles, it can be pretty challenging to pare the selections down. Fortunately, we’ve done the hard work for you, so you can spend the time behind your camera instead.
Many of the best photographers on Instagram also sell photos online, so you might consider supporting them with a follow, like, or photo purchase.
In this article, we’ll share a list of 20 photographers you should follow throughout 2021.

Although most of the accounts mentioned here have a large follower count, this wasn’t a factor in our selection. Instead, we focused on the following metrics when picking each photographer:
Obviously, this is not an exhaustive list, and you might even disagree with some names. This is not just a list of some of the best, but it is also a list of photographers we think have something in their work everyone can learn from.

Each of the photographers on this list has been hand-picked to provide you with inspiration that will improve your work. They range from seasoned hobbyists to professionals, so let’s get started.
1. Victoria Siemer

Brooklyn-based photographer Victoria Siemer uses Photoshop to create her work. Her alias – Witchoria – was chosen because, as she says, “digital manipulation has given me the ability to create my own alternate realities where anything is possible. Sometimes it feels like magic." She has worked with brands such as Gucci and Samsung.
Siemer focuses on abstract landscapes and cityscapes. She adds an eerie twist to her photos which lends uniqueness to otherwise ordinary scenes and she has a knack for photographing people in physics-defying poses.
2. Steve McCurry

Steve McCurry is a photojournalist from Philadelphia best known for the ‘Afghan Girl’ cover photo – a picture of an Afghan girl in a refugee camp. Over his career, he has documented conflicts, vanishing cultures, ancient traditions and contemporary culture.
His subjects are diverse and range from training Shaolin monks hanging down by their feet from poles, to the Little Mermaid statue in Copenhagen. He is also known for using evocative colours in his images.
3. Brandon Woelfel

New York-based portrait photographer Brandon Woelfel got into photography as a college student studying computer graphics. His career as a freelancer took off right after graduation, and he’s now worked with clients such as Buzzfeed, Apple, Nikon, and Urban Outfitters.
Brandon’s unique signature style makes generous use of lighting and color, which gives his portraits a touch of intimacy. He is also known for his photo edits, which often include whimsical elements and unique props such as fairy lights, glasses, bubbles, colour bombs, sparkles, and neon signs.
4. David Guttenfelder

David Guttenfelder is an American photojournalist who has spent more than 20 years covering world events in nearly 100 countries such as Japan, India, Israel, Ivory Coast and Kenya. He is an eight-time World Press Photo Award winner and a seven-time finalist for the Pulitzer Prize.
Guttenfelder’s photos focus on geopolitical conflicts, conservation, and culture. All of his Instagram photos are taken on his phone, and this is an inspiring way to discover how smart devices can still produce quality work.
5. Benjamin Heath

Benjamin Heath is a photographer and director based in San Francisco.  He uses photography as a tool for storytelling and his photos will often include underlying threads and themes. His clients include Land's End, Levi's, Hyundai, General Electric, the Lincoln Motor Company, and more.
Heath shoots a wide variety of subjects, with topics ranging from personal portraits to classic landscapes. He is known for using pure natural light as well as clean compositions and unique perspectives.
6. Andrew Martilla

Andrew Mattila’s username instantly tells you what his Instagram feed most consists of – cat photos. The How to Take Awesome Photos of Cats author is a professional animal photographer best known for capturing felines.
Pet photography is difficult and unpredictable because of the inability to communicate with animals. However, as you can see from Andrew’s Cats on Catnip series – a collection of photos showing cats eating or playing with catnip – it can be fun too. If you’re interested in animal photography this account should be on your feed.
7. Adam Senatori

US-based photographer, filmmaker, and creative director Adam Senatori focuses mainly on landscapes. He’s worked with some of the world’s largest brands such as General Electric, Louis Vuitton, Icelandair, WIRED, Hawaii Tourism, and Fast Company.
Senatori has a talent for taking breath-taking aerial photos. Although he is a pilot and uses those skills in his work, drone users will definitely want to follow this account too.
8. Sean Tucker

Sean Tucker is a photographer and filmmaker from London specializing in portrait photography. He has a prominent YouTube presence – for example, his video The War In Every Portrait explores how to capture authentic portrait photographs. He believes in taking on new challenges to keep his passion for photography alive.
For his Instagram, Tucker uses the Darkroom iPhone app as well as Snapseed to process his photos.
9. Dylan Furst

An outdoor adventure and lifestyle photographer from the Pacific Northwest, Furst’s pictures include cold mountains, dense forests, and everything in between. He began his foray into photography to show how lucky he and his friend were for living in the Northwest, regardless of its dreary weather.
Furst’s appreciation for nature comes through in his moody images which showcase captivating natural landscapes and the outdoors in rich, muted tones.
10. Henry Jay Kamara

A spontaneous trip to Sierra Leone to explore his family history inspired Sierra Leonean photographer Henry Jay Kamara to do a deep dive into identity, heritage, and the African diaspora.
Henry’s work now is a direct result of that journey of self-exploration and evokes warmth and harmony. His photos include themes like social justice and tell personal stories that challenge the negative perceptions of Africa.
11. Jonathan Mannion

Jonathan Mannion is a portrait photographer well-known within the world of hip-hop. He has created over 300 album covers for clients such as Jay-Z and Aaliyah, as well as for advertising campaigns such as Beats by Dre's “Straight Outta Compton”, Cadillac, and Bushmills.
Mannion’s photos range from organic, genuine peeks into his everyday life – such as behind-the-scenes glimpses of his work, collaborators, friends and family – to more polished and professional portraits of rappers and hip-hop artists.
12. Travis Burke

Travis Burke is an outdoor adventure photographer whose photos have been published in magazines such as Backpacker and the cover of National Geographic.
A trademark of Burke’s images is the ‘human touch,’ which he says helps people experience the emotion and grandeur of the places he shoots.
13. Ilhan Eroglu

Sony Alpha ambassador Ilhan Eroglu uses Instagram as his main outlet for his work. He is an extremely talented landscape photographer and considers the world a canvas on which he paints his own pictures by taking photos.
Eroglu’s photos are often ethereal and use sharp colours to create captivating images of landscapes. You’ll find mountains, rivers, meadows, and even splendorous castles.
14. Dondre Green

Dondre Green is a New York-based street photographer and graphic designer who has amassed an Instagram following of more than 40,000 at current writing. He also runs a publication called Bronx Narratives, which highlights positive aspects of his community.
Green takes pictures of all kinds of scenes, all imbued with emotion. His images tell stories about real life in America. His use of unique backgrounds for framing and to amplify his storytelling is one key aspect of his work.
15. Lewis Khan

Lewis Khan, a fine-art and commercial photographer based in London, works with both stills and moving images. Before the pandemic, he was invited to do a four-year residency at London’s Chelsea and Westminster Hospital, where he photographed staff, patients and high-level clinical environments for a book called Theatre.
Khan uses his photos to explore the human experience and as a way of challenging conventional perceptions.
16. Paul Nicklen

Paul Nicklen is a Canadian photographer, filmmaker, and marine biologist. He is also an assignment photographer for National Geographic magazine. His non-profit organization, Sea Legacy, uses visual storytelling to inspire people to stand up for places threatened by climate change.
Nicklen’s nature and wildlife photography seeks to increase awareness of social and environmental issues.
17. Kareem Black

Chris Burkard is an outdoor photographer and explorer who is known for his compelling photos. His work aims to capture the experience of visiting the places he shoots. According to Burkard, “people tend to forget the feeling of being there”. However, as a photographer, you “have the ability to describe it very vividly”.
Burkard’s use of lighting and open spaces come together to create a style that is uniquely his. If you’re looking to get better or just want to explore landscape photography, this is one account to follow.
19. Fumi Homma

Fumi Homma is a London-based Japanese photographer inspired by Americana. He creates nostalgic – and often intriguing – photos and employs a diverse range of styles.
According to Fumi, he isn’t drawn to any particular theme but is always on the lookout for interesting settings and subjects. “Great subjects and themes don’t always make a great photograph … [but] everything can be a great theme and subject.”
20. OneLastMidnight

Based in the UK, and with more than 30,000 Instagram followers, the curiously named photographer captures photos of London and its people.
You’ll find a lot of architecture in his photos taken from interesting angles. If architectural photography is your thing – or even if you’re just curious about photographing buildings –  this is one photographer to follow.

The only way to keep improving is by expanding your horizons and taking on new challenges. This means you’ll want to try out new aspects that push you outside your comfort zone. One way to do this is by exploring ideas, styles, and techniques used by other professional photographers.
Are you already following any photographers you think should be added to our list? Share them with us in the comments section below! 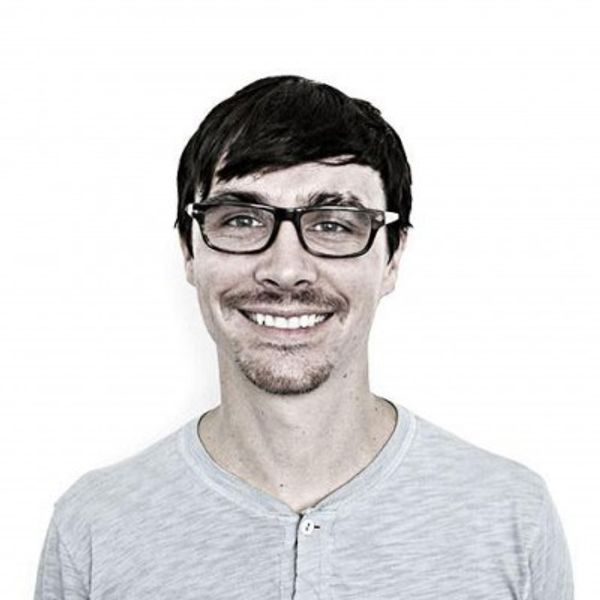 Thad Allender is the founder of Visual Society. He leads a team of passionate designers and developers working to revolutionize the way photographers and artists sell online. He lives north of New York City in the Catskills. How to Make Instagram ‘Shoppable Posts’ for Selling Prints

Image credit: OrnaW.Instagram as a visual medium for photographers can be very effective for showcasing your best products. Until 2018, the only way t... Instagram Store 101: How to Launch Yours Using Visual Society

Due to the current global crisis, many avenues for earning reliable income have been closed. If you want to keep your business afloat, you may need to...